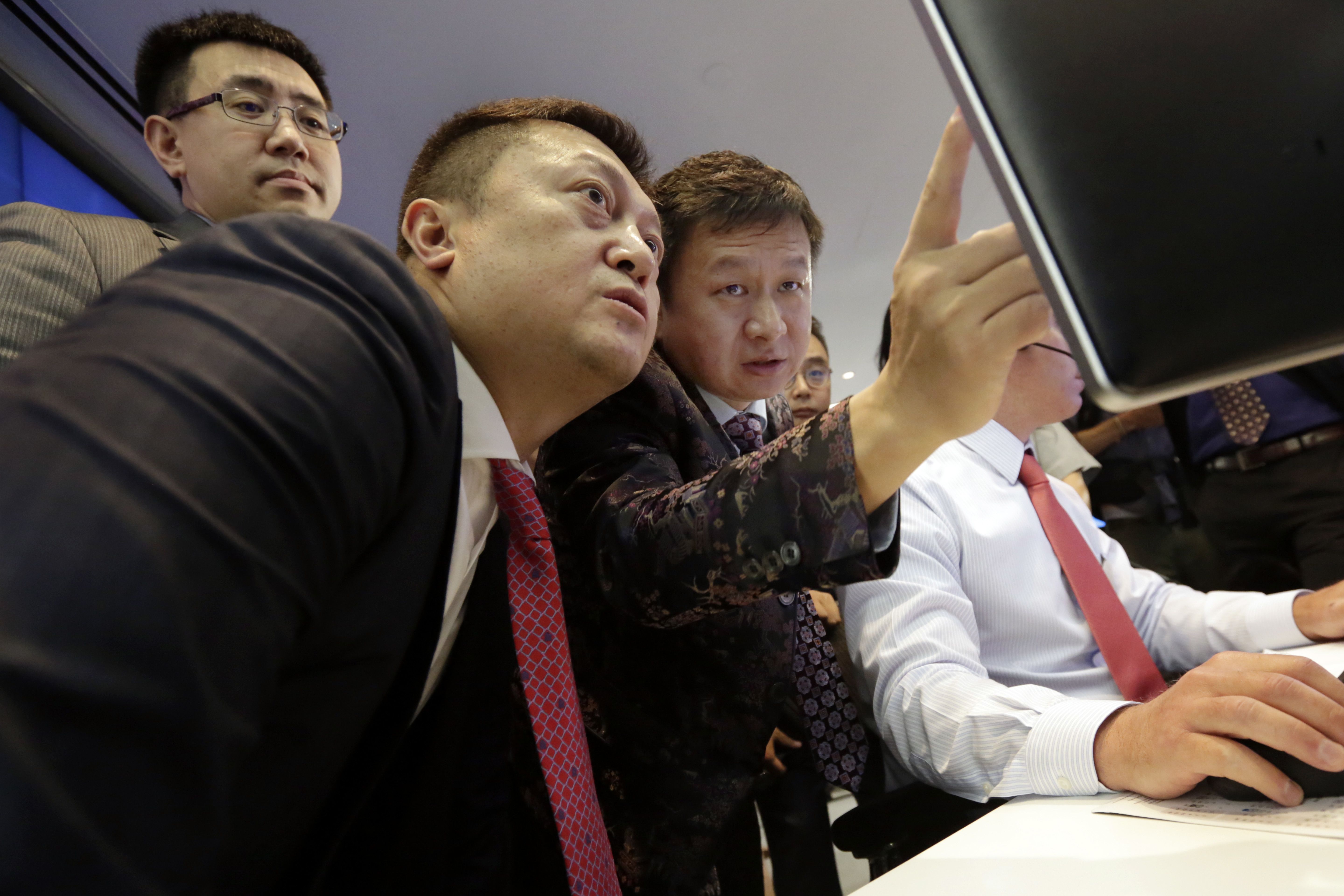 Technology companies led a slide in U.S. stocks Friday, adding to the market’s losses from another tech-driven sell-off a day earlier.

Twitter plunged more than 20 percent, its second-biggest loss since going public in 2013, after the social media network said its monthly users declined in the second quarter.

While technology stocks made up much of the market’s drop, smaller-company stocks fell more than the rest of the market. The losses outweighed gains in banks and phone companies.

Even so, the S&P 500, the market’s benchmark index, had its fourth weekly gain in a row.

The week ended largely as it began, with investors focused on a cavalcade of company earnings reports, most of which have topped Wall Street’s forecasts.

“There were clearly high expectations coming into second-quarter earnings and we’ve seen where companies have performed well relative to those expectations, they’ve typically been rewarded, and where they have fallen short of those expectations, either in current quarter or future guidance, is where you’re seeing (selling) occur,” said Bill Northey, senior vice president at U.S. Bank Wealth Management.

This was the busiest stretch of the second-quarter earnings season, with roughly a third of companies in the S&P 500 reporting results. While some companies posted results that fell short of analysts’ forecasts, most delivered better-than-expected results and favorable outlooks.

Of the 49 percent of the companies in the S&P 500 that had issued quarterly results as of Friday, some 65 percent reported earnings and revenue that beat analysts’ forecasts, according to S&P Global Market Intelligence.

That’s reinforced the underlying perception in the financial markets that the U.S. economy is performing strongly and that the Federal Reserve will raise interest rates again next week.

The government said Friday that the U.S. economy surged in the April-June quarter to an annual growth rate of 4.1 percent. That’s the fastest pace since 2014, driven by consumers who began spending their tax cuts and exporters who rushed to get their products delivered ahead of retaliatory tariffs.

The economic snapshot had been widely expected, so it didn’t have a noticeable impact on the market or the sell-off in technology stocks.

For the second straight day a social media company led a steep decline in the technology sector. Twitter plummeted 20.5 percent to $34.12 after the company disclosed user totals and a forecast that disappointed investors.

Snap, the company behind the Snapchat messaging app, slid 4 percent to $12.83. Facebook shares gave up 0.8 percent to $174.89 a day after the social media giant led a slide in technology stocks that snapped the S&P 500’s three-day winning streak.

Facebook’s steep drop, which erased nearly $120 billion of the company’s market value, was brought on by its warning to investors that it sees slower revenue growth ahead. With Friday’s losses, Facebook shares came within a hair’s length of finishing in a bear market, which is defined as a drop of 20 percent from a recent peak.

Other technology companies also had a rough day.

CBS dropped 6.1 percent to $54.01, the biggest one-day loss for the stock in more than six years, following reports of sexual misconduct allegations against its CEO, Les Moonves.

Amazon.com rose 0.5 percent to $1,817.27 after the online retailer reported its biggest profit ever as its advertising and cloud computing businesses kept growing.