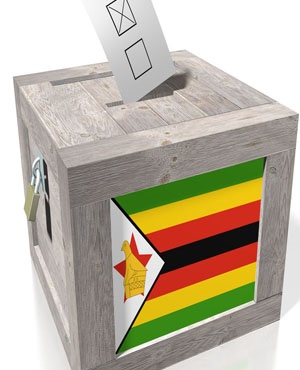 As Zimbabwe draws to its first ever election without Robert Mugabe on the ballot paper, but not necessarily his Zanu-PF party, the political temperatures across the country are increasing at an exponential rate, particularly in the capital Harare.

This is to be somewhat expected as the ouster of Mugabe through a military coup has ushered a plethora of candidates for the forthcoming harmonised election, where some of them clearly don’t have any backing what so ever and as some pundits have said, their only motivation is to appear on the ballot paper, which they will keep for posterity.

In a country like Zimbabwe where the contestation of elections has somewhat been the norm since 1980 albeit to a lesser degree, it is imperative then to understand that elections and their management can be one way of solving intrinsic political conflicts or triggers of conflict drivers. This was the case in the 2008 Zimbabwe harmonised election, where Morgan Tsvangirai had to withdraw from the poll after wholesale violence was unleashed on his supporters.

If elections can be a tool to solving conflict or on the flip side be a trigger for conflict, then their management should be a very important task if not a matter of national security.

It is critical to appreciate that no voters roll is perfect, but the debate rages on 1) the acceptable margin of error,  2) the types of errors, i.e. whether or not they impinge on the credibility of the poll by disenfranchising legitimate voters, allowing those who should not be voting and or enfranchising of voters into the incorrect constituency.

It is against this backdrop that the Zimbabwe Electoral Commission, the body responsible for elections in Zimbabwe finds itself in tempest waters, after the disastrous 2013 election where a lot of ghost voters were alleged to have participated in the poll.

The commission then under the Registrar General, only released the voters roll to the opposition the day before the election and in hard copy which rendered it practically useless for analysis.

In light of these anomalies it was decided, for the 2018 version, to employ the Biometric Voter Registration system, commonly known as the BVR. The rationale was that it would weed out ineligible voters and help in de-duplication thus making the roll credible. To their credit ZEC managed to employ the BVR process and over 5 million voters were registered.

Biometric systems are of massive value to the voter de-duplication process when deployed correctly. Unfortunately, like any system it contains weaknesses, which in the case of a BVR it largely hinges on those who manage and deploy it, i.e. poor execution (e.g. clerical errors, data capturers with inadequate skills, or even buggy software).

The BVR was touted as the panacea to disputed elections in Zimbabwe and indeed in the region. However, as it relates to the accuracy of the voters’ roll an understanding of how such biometric systems function and precisely how even such systems can be bypassed, is not only vital but decisive.

Biometric systems, usually relay on central data processing, however there is often a trade-off between the computing power required and time needed versus the time available to complete the biometric de-duplication process. Given a scenario where the aforementioned attributes are scarce, as is often the case, biometric systems may often recourse to what is known as buckets in computing lingo to reduce the processing workload.

This approach is however problematic because a person’s biometrics are then only verified against others in the bucket he/she matches. To better illustrate this, let us assume that such a system uses only two buckets – one for males and another for females. If a person is registered twice, once as a male and once as a female then he/she will not be flagged by the system under such circumstances.

The corollary question then becomes, what if such a bucketing system was used and a person turned up to vote but is registered under the wrong sex? This where other measures are supposed to be employed such as whether the person in question has indelible ink on the finger.

If no indelible ink is being used, as is the case with the forthcoming election (ZEC cited that it won’t be using indelible ink because voters said its messy) the person may have already voted under a “correct sex registration”.

According to ZEC the only unique identifier in the voter’s roll is the ID number (single bucket), this is problematic because such a de-duplicating method is bound to fail. Take for an example a system solely relying on comparing text for de-duplication – such a detection algorithm will flop when faced with numerous textual data capturing errors (e.g., spelling errors in names, addresses etc). The same argument holds for using ID numbers as a sole attribute for de-duplicating a voters roll.

As previously stated, there is no perfect voters roll, however, even the lack of a threshold on an acceptable margin of error, should not suspend the use of reason. The argument then is not about the “accuracy” of the roll in that context, but rather the uniformity and pattern in the distribution of the errors, which might highly suggest tempering.

Paraphrasing, as argued by a brother of mine, the credibility of the voters’ roll is shambolic if the margin of victory is close to the margin of error. The less than 10% being pushed by some is also problematic for the same reason and also, because of the nature of our electoral system, where one single vote can change the result.

It needs not be shouted from the rooftops then, for one to understand that voter registration should be sound, as my brother correctly pointed out: “data collection methods are crucial to the hygiene of the data” in computer systems design parlance, GIGO (garbage in garbage out is aptly used) to define the symbiotic relationship between input and output. As such, some have argued that the introduction of affidavits as a show of address is the reason why, the voters’ roll has many people without veritable addresses.

It should, however, be noted that, whatever measures that were taken to ensure people’s right to vote, that measure does not absolve ZEC from assigning people to correct and verifiable election districts.

Lastly the handling of an election should be transparent and inclusive. I posit then that ZEC must have employed a multi layered approach to ensure the credibility of the voters’ roll as opposed to the hopscotch, free-associating rhythm that is currently obtaining, in other words shortcomings in the implementation of one part of the electoral cycle should not necessarily derail the entire process.

This way, stakeholder trust and confidence is built and inaccuracies that eventually remain will not threaten the credibility of an election.

Elections that are not credible, free and fair cease to be a solution to the crisis of governance but rather become a means of sustaining it.

Jacob Changamire is a cyber security analyst and former editor
in chief at Khuluma Afrika. Follow him on Twitter.