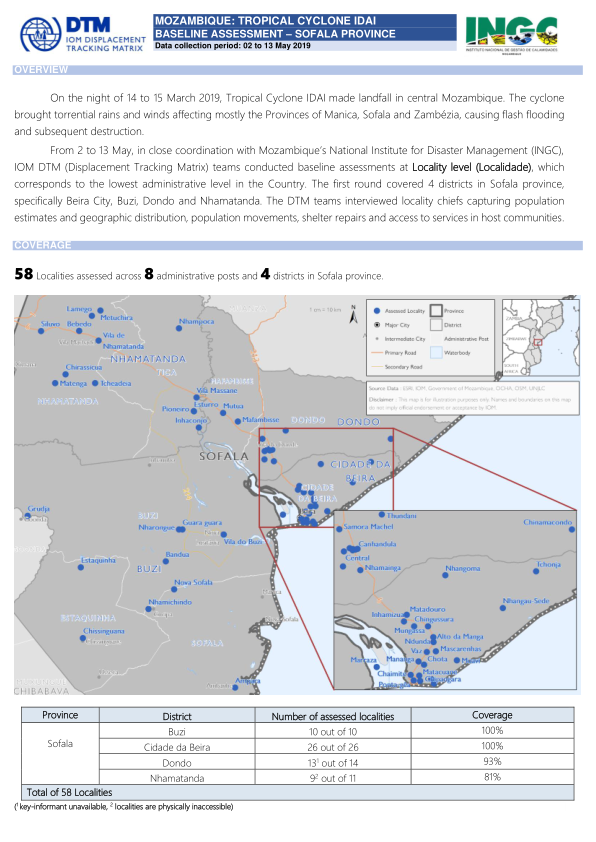 On the night of 14 to 15 March 2019, Tropical Cyclone IDAI made landfall in central Mozambique. The cyclone brought torrential rains and winds affecting mostly the Provinces of Manica, Sofala and Zambézia, causing flash flooding and subsequent destruction.