Tyler, a 67-year-old D.C. resident, asked whether there was anything he could do. “You’re in my prayers,” he said. The next day, Tyler texted him again, asking how he was feeling. He got no answer.

Campbell, who had diabetes and had previously had a heart attack, died Nov. 23 of complications of covid-19, the disease caused by the novel coronavirus. A devout Catholic, he spent decades working in a laboratory and was a beloved “uncle” to the children who grew up next door to him in a Southeast D.C. apartment complex, said Roberta Stephanie Campbell, who considered herself his “niece.”

He was one of about a half dozen of Tyler’s friends who have died with a novel coronavirus infection. Like Tyler, and like most of the loved ones he’s lost to the pandemic, Campbell also was a Black gay man, a member of two communities that face higher risks of becoming severely ill with the virus, according to the Centers for Disease Control and Prevention.

A report the CDC released this month found that gay, lesbian and bisexual people in the United States have higher rates of self-reported underlying conditions associated with severe covid-19 outcomes, including asthma, cancer, heart disease, obesity, kidney disease and stroke than heterosexual people. Within this community, Black and Hispanic people are particularly vulnerable, according to the report, which relied on 2017-2019 data from a collection of population health surveys called the Behavioral Risk Factor Surveillance System.

Gay, lesbian and bisexual people experience stigma and discrimination in their lives that “can increase vulnerabilities to illness and limit the means to achieving optimal health and well-being,” the authors wrote in the CDC report. Advocates say this is especially true for the transgender community, but the CDC report said the number of respondents identifying as transgender or nonbinary was too small for reliable estimates compared with the non-transgender population.

The report is the CDC’s first in-depth study focusing on the potential impact of the novel coronavirus on the LGBTQ population. But as the report’s authors point out, no one knows the true toll of the virus on that community — because the United States is not collecting the data necessary to study it.

Since the early days of the pandemic, LGBTQ advocates have urged health officials at the state and national levels to collect data about sexual orientation and gender identity as they track covid-19 cases. A few states and jurisdictions, including California, Pennsylvania and the District of Columbia, pledged to begin doing so. But nearly a year into the pandemic, little progress has been made in releasing this data publicly, doctors, advocates and lawmakers say.

“You don’t know what’s happening unless you’re measuring it,” said Sarah Henn, the chief health officer at Whitman-Walker Health in D.C. “If you can understand the disparities, you can work to address them.”

In December, a coalition of 125 groups, led in part by D.C.’s Whitman Walker Institute, signed a letter calling on state health officers to create an inclusive plan to distribute the coronavirus vaccine and to build trust with LGBTQ communities that have long faced discrimination in health-care and barriers to obtaining care. The letter also urged officials to prioritize the collection of data on the spread of the coronavirus and the distribution of the vaccine in LGBTQ communities.

In D.C., health officials have not released data about coronavirus infection rates in the LGBTQ community.

In a statement, D.C. Health said that it has improved sexual orientation data for the past two to three months but that it is limited to the information collected during contact-tracing interviews. Analyses and data on sexual orientation may be released in the future, but data about the transgender population are “still not being reported consistently or in sufficient numbers to release,” D.C. Health said.

“We continue to work to improve data quality and training and hope to gather and report on improved gender identity information, when available,” the statement said.

In September, California Gov. Gavin Newsom (D) signed into law a bill that, among its provisions, required health-care providers and laboratories to collect and report communicable-disease data together with patients’ gender identity and sexual orientation. But state Sen. Scott Wiener (D-San Francisco), who introduced the bill, said the implementation of the law has been rocky. Even as certain coronavirus testing sites began collecting data on sexual orientation and gender identity, “it’s not running through the labs the way age and gender and race do,” Wiener said.

He sees this lack of data as part of the LGBTQ community’s long history of invisibility and attempts by the wider society to “pretend we don’t exist or to make us illegal or now, more recently, to acknowledge our existence but then say this is a very private, dirty matter.” He says many people still are reluctant to ask patients about their sexual orientation or gender identity.

“By not asking the question, we are erasing the LGBTQ community,” Wiener said.

But others say that even if health officials at coronavirus testing or vaccination sites ask people to check a box pertaining to their sexual orientation or gender identity, some members of the LGBTQ community may not be comfortable answering the question.

“I don’t see that happening at all, especially with the seniors,” said Olivia O’Neal, a facilitator in D.C. with Silver Circles, a program of peer-led support groups for LGBTQ people over 60 run by Iona Senior Services and Whitman-Walker Health.

O’Neal says some of the members of her support group are still “very guarded in terms of who they are.” Some of them are estranged from their families or have yet to come out to some of their relatives. Many remember the AIDS epidemic and the stigma associated with it, recollections that are close to mind for members of her group amid the coronavirus pandemic.

“It’s just bringing up a whole bunch of unpleasant memories,” O’Neal said, “awful memories of having to see their partners and loved ones, friends, just dying at alarming rates.”

Advocates for LGBTQ data collection say no patients should be required to check a box identifying themselves as gay or transgender. But “the more people are routinely asked these questions, the more routine they’ll be,” said Brad Sears, the interim executive director of the Williams Institute, a research center on sexual orientation and gender identity law and public policy at the UCLA School of Law.

Sears said the CDC report was a positive step in acknowledging the health disparities that have long existed in the LGBTQ community, particularly for people of color.

A Williams Institute report released this month found that among people who have been tested for the novel coronavirus, about 15 percent of LGBT people of color have tested positive, compared with about 7 percent of White LGBT people. The report used data from a nationally representative sample of adults collected by Axios-Ipsos between August and December 2020.

Disparities in infection rates and job losses compounded by a history of discrimination affect health outcomes for members of the LGBTQ community, Henn said. This discrimination has been associated with higher rates of tobacco and drug use, for example, as well as higher rates of lung and cardiovascular diseases and obesity.

“When someone picks up a cigarette or uses alcohol or uses food as a way to comfort themselves when they feel they aren’t accepted for who they are, that has health consequences,” Henn said.

Earline Budd, a longtime transgender advocate in D.C., sees these stressors every day in the lives of the young transgender women she supports through HIPS, a local group that provides support for sex workers, as well as syringe disposal and access, and HIV testing and treatment.

She has also seen these same challenges play out in her own health. Estranged by her family at 14, Budd spent years living on the street, using drugs. She has worked in local LGBTQ advocacy for decades, winning awards for her work to challenge systemic abuses against transgender people and sex workers. But the discrimination and violence she has faced over the years have taken a toll.

“Being transgender, number one, is not an easy lifestyle,” she said. “Even at 62 now, sometimes I find myself struggling, thinking about how can I help other girls. I get depressed, and then I eat.”

She is HIV positive, diabetic and has been diagnosed with chronic kidney failure, she said — all underlying conditions that place her at high risk of severe covid-19. But she continues to go to work every day, sitting in the HIPS office with a face mask and shield.

“It worries me every day,” she said.

Emily Guskin contributed to this report.

Turbines Market has witnessed continuous growth in the past few years and is projected to grow even further during the...
Read More 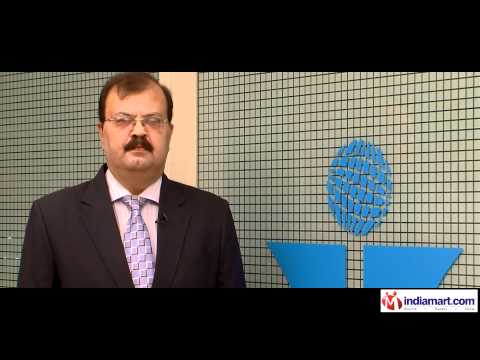 Every company has a story to tell and Market Insight Consultants is no different. It has an interesting journey to...
Read More 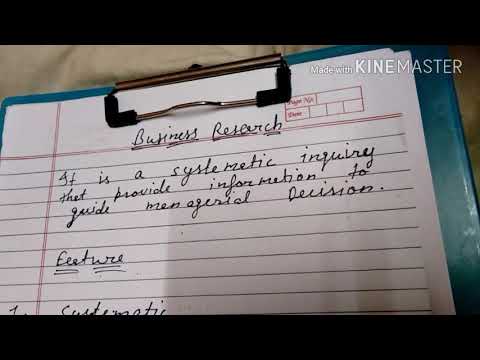 The Smart Mining market research report comprises in-depth information of the entire market as well as the industry and its...
Read More

Marketing Briefs: What is Market Research?

On this edition of Marketing Briefs, we place our focus upon Market Research precepts. How is it possible to effectively...
Read More

EXACTLY how I do market research for new products

It's an entrepreneur's worst nightmare: getting obsessed with the “perfect” business idea, painstakingly creating the perfect product… only to launch...
Read More

Your data is in deep danger