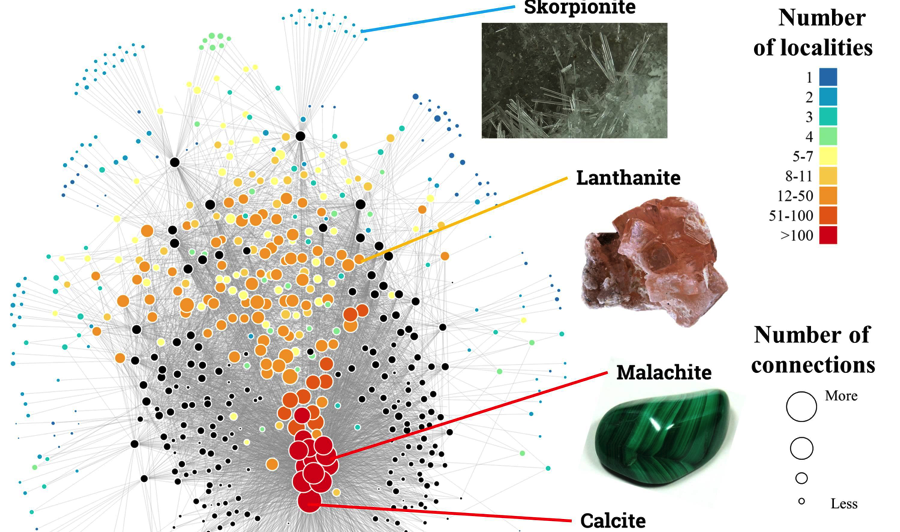 Scientists from the Deep Carbon Observatory in the U.S. published a study this week where they report the first application to mineralogy of network theory, commonly used in the analysis of the spread of disease, terrorist cell connections, or Facebook connections.

The study appeared in American Mineralogist and it shows how the application of big data analysis to mineralogy can help predict minerals missing from those known to science, as well as where to find new deposits.

“The quest for new mineral deposits is incessant, but until recently, mineral discovery has been more a matter of luck than scientific prediction,” said Shaunna Morrison, lead author of the report, in a media statement. “All that may change thanks to big data,” she added.

Morrison and her colleagues’ plan is to use network analysis to delve deeply into the databases that describe millions of mineral specimens from hundreds of thousands of localities around the world and that have been put together by Earth scientists throughout centuries.

Such databases contain details of where each mineral was discovered, all of its known occurrences, and the ages of those deposits. They also record essential information on chemical compositions and a host of physical properties, including hardness, color, atomic structure, and more. These are the inputs of big data that scientists now want to analyze using modeling and visualization tools.

In other words, the network analysis technique will enable them to represent data from multiple variables on thousands of minerals sampled from hundreds of thousands of locations within a single graph.

Parisite-(La) is one of the new carbon-bearing minerals that was predicted before it was found. Photo rruff.info, donated by Dr. Luiz Menezes.

“These visualizations can reveal patterns of occurrence and distribution that might otherwise be hidden within a spreadsheet. Big data provides an intimate picture of which minerals coexist with each other, as well as what geological, physical, chemical, and (perhaps most surprising) biological characteristics are necessary for their appearance. From those insights it’s a relatively simple step to predict what minerals are missing from scientific lists, as well as where to go to find new deposits,” the press release reads.

The technique, the scientists say, has already been used to predict 145 missing carbon-bearing minerals and where to find them. Ten have been found so far.

According to Morrison, the results pioneer a potential way to reveal mineral diversity and distribution worldwide, their evolution through deep time, new trends, and new deposits of high-value metals such as gold or copper.