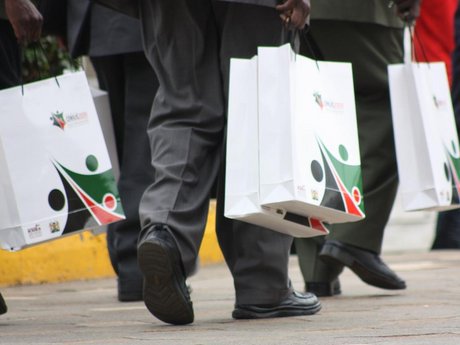 The Kenya National Bureau of Statistics will be using mobile phone devices to key in data during the 2019 National population and housing census.

According to KNBS Director General Zachary Mwangi The United Nations recommended that during the implementation of the 2020 round of census programme, all countries should consider use of mobile technology.

Zachary said the use of new technology comes along with many benefits including; fastening the census process and reduce the chances of wrong information being written down.

“A data collection programme will be installed in the mobile devices and once the enumarators key in date, the information is immediately transmitted to the central server data which will be at the KNBS centre, which will be later used for analysis,” Zachary explained to the Star yesterday.

This means that Kenyans will expect the census results earlier unlike in the past.

The pilot census which is normally conducted exactly an year before the actual census was launched last week on Friday at Imara Daima ward in Nairobi.

According to KNBS a pilot census which is carried out exactly an year before the actual census is meant to test many activities which are part of the census.

“ We rare testing the data entry process, the type of questionnaires to be asked, the duration it will take and also the mapping we had done earlier to validate the maps,” Zachary said.

“In short we are testing the logistical and technical aspect of undertaking a census,” he added.

The pilot census programme is expected to take will take place for one week (24th – 31st of August 2018) in 12 counties in various selected sub locations across the country.

“.Census is a complex process and it has three phases. Phase one is the preparatory stage which activities like mapping and pilot census take place,”Zachary said.

Phase two is the actual enumeration stage where the actual census conducted and the third phase which is the post enumeration is where and disseminate the results.

Phase three is the post enumeration stage where analysis are done and the dissemination of the results take place.

So far 28 out of the 47 counties have been mapped and the number is expected to increase after the pilot census is completed this week.

KNBS have put out 380 well trained enumerators, 71 supervisors and a number of coordinators who will be in charge of the pilot census.

The enumerators were trained by the supervisors, who have been trained by coordinators from KNBS.

The above team were underwent a recruitment process conducted by the county census committee.

However, Zachary said there were challenges in the recruitment process because almost everyone who applied had the qualifications.

The KNBS team will be identified by their red uniforms and identification letters which they will be required to carry them while conducting the pilot census.