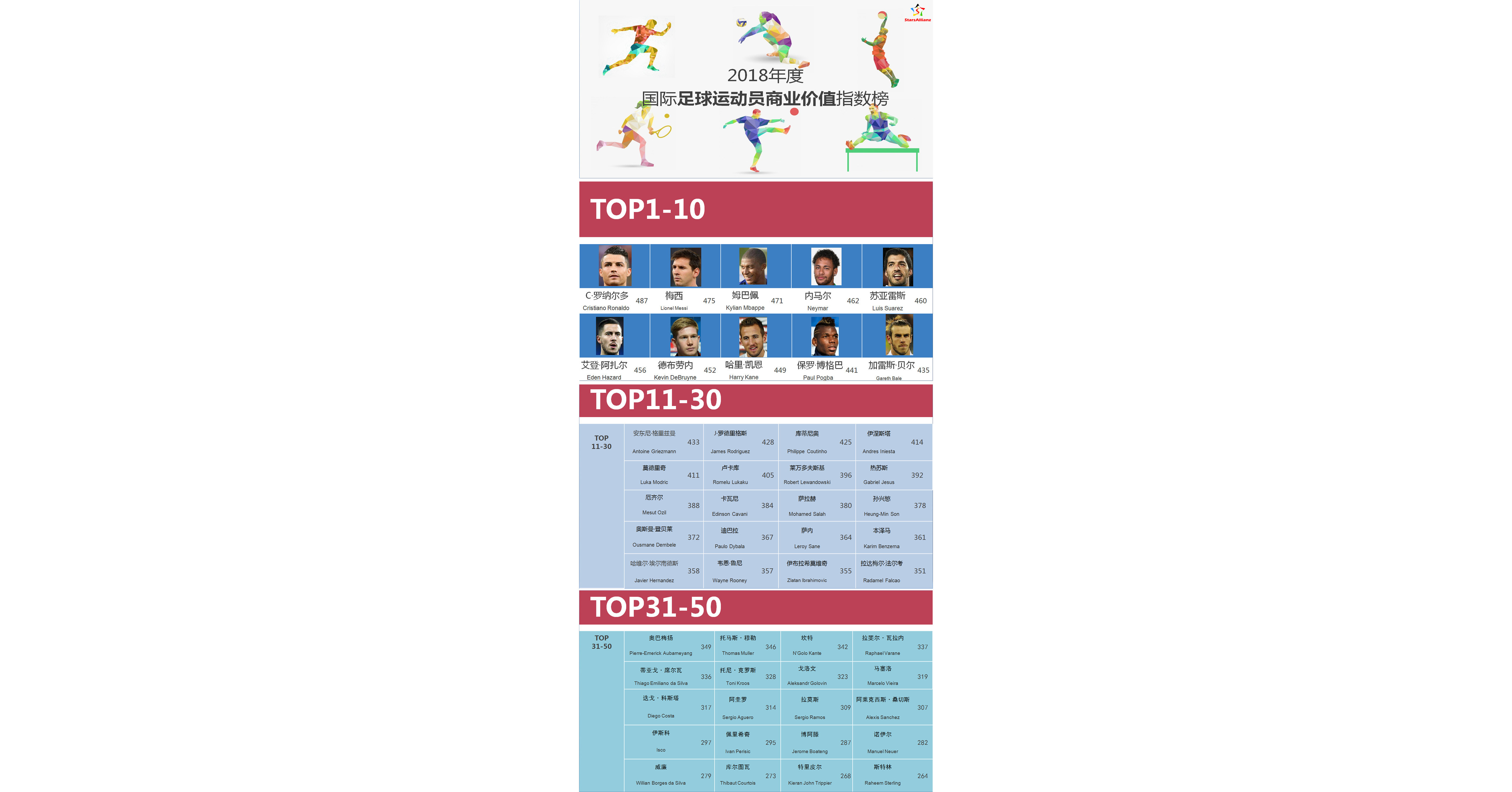 BEIJING, July 30, 2018 /PRNewswire/ — This year’s FIFA World Cup tournament, an event held once every four years, had its series of unexpected upsets and wins, culminating in a new order in terms of the rankings of international football teams. Although this year’s event has concluded, public passion for football (or soccer for readers in the United States and Canada) is expected to keep growing, while the four-year wait for the next round will in no way diminish interest. Football, when considered on a global scale, has, undeniably, become the world’s most popular sport, opening up huge market potential, while football players themselves have taken on incredible business value. The just-released Stars Allianz 5A Index – International Football Players Commercial Value Index Rankings is based on the latest data available.